After 25 years, Warped Tour makes some noise for one last time

For alternative fans and artists alike, Vans Warped Tour was the ultimate haven. With stops all across North America, Warped Tour made the summer festival experience a little more accessible for everyone. It built a special community around live rock music where misfits of all generations (and even their parents) could see their favorite bands perform in one place. Moshing, mohawks, and other forms of angst-fueled expression were more than just welcomed; they were encouraged.

The iconic music festival went out with one last hurrah in Mountain View, California. It was the last of three events to commemorate Warped Tour's 25th anniversary, which comes just one year after the fest's final cross-country run in 2018. 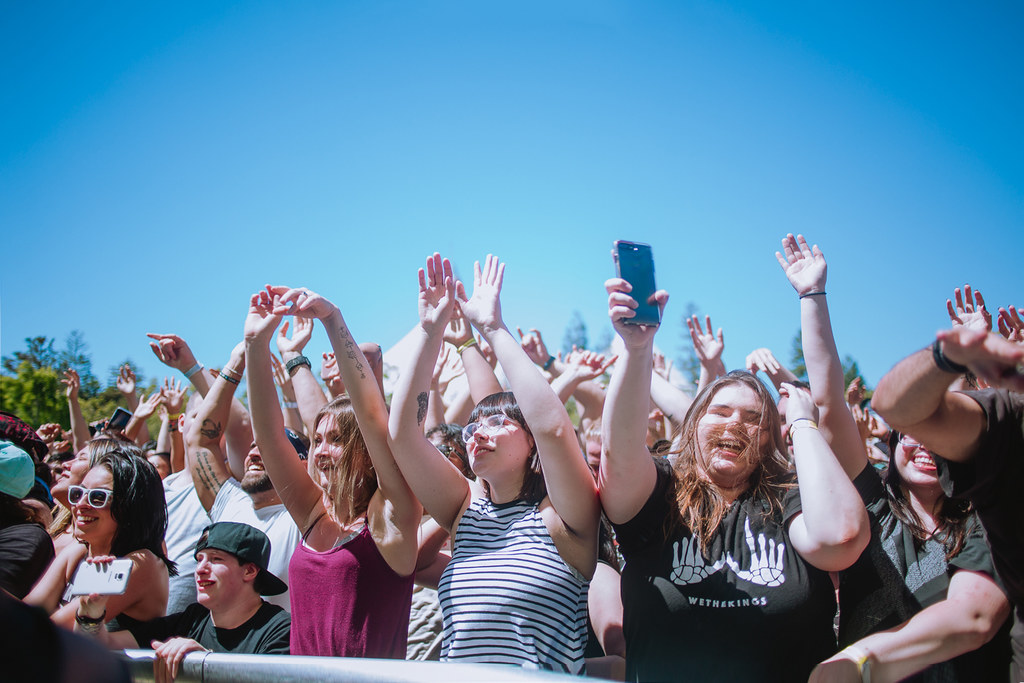 Despite the limited circuit, the Warped Tour legacy lived on strong in the anniversary shows. Set times were announced the morning of and crowds flocked to the giant inflatable schedule in anticipation of the day ahead. Bands orchestrated colossal circle pits as fans crowd surfed incessantly to their favorite songs. This year's lineup focused on artists that grew up playing Warped Tour over the years, so many shared fond memories of the fest and of founder Kevin Lyman. 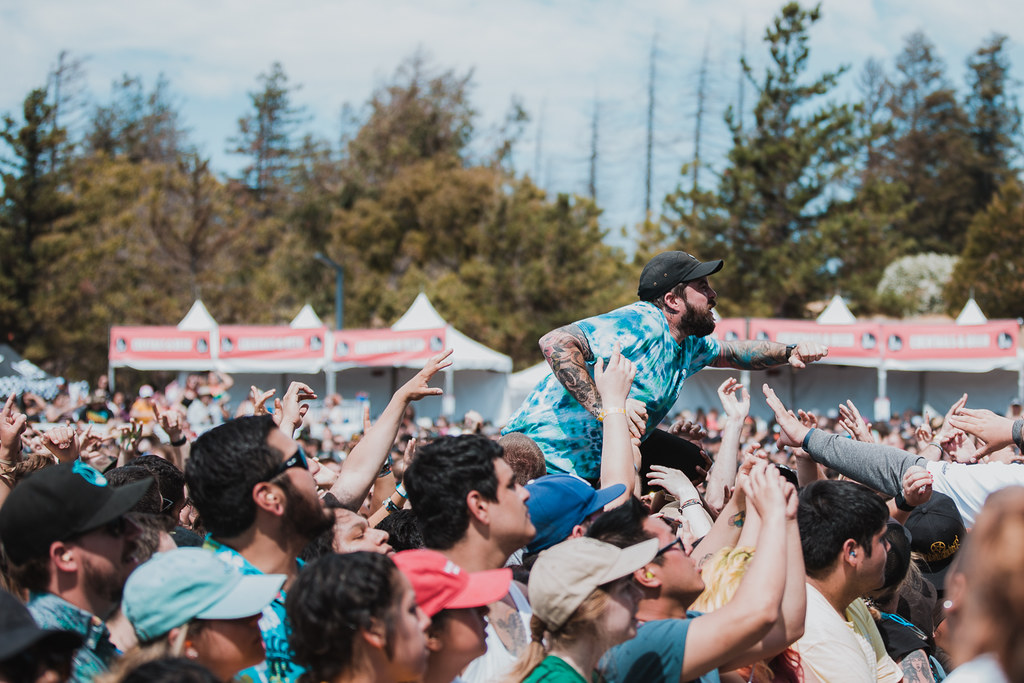 And in true Warped Tour fashion, the last day took a memorable turn thanks to some improvising and teamwork.

Before what was supposed to be NOFX's closing set, Lyman took the stage and explained that he had to pull some last-minute strings to fly the punk quartet in from Canada. Their original flight was canceled, causing multiple changes in set times and doubts of the band even showing up. To make the best out of the delay, several acts from the lineup convened to make a NOFX cover supergroup. 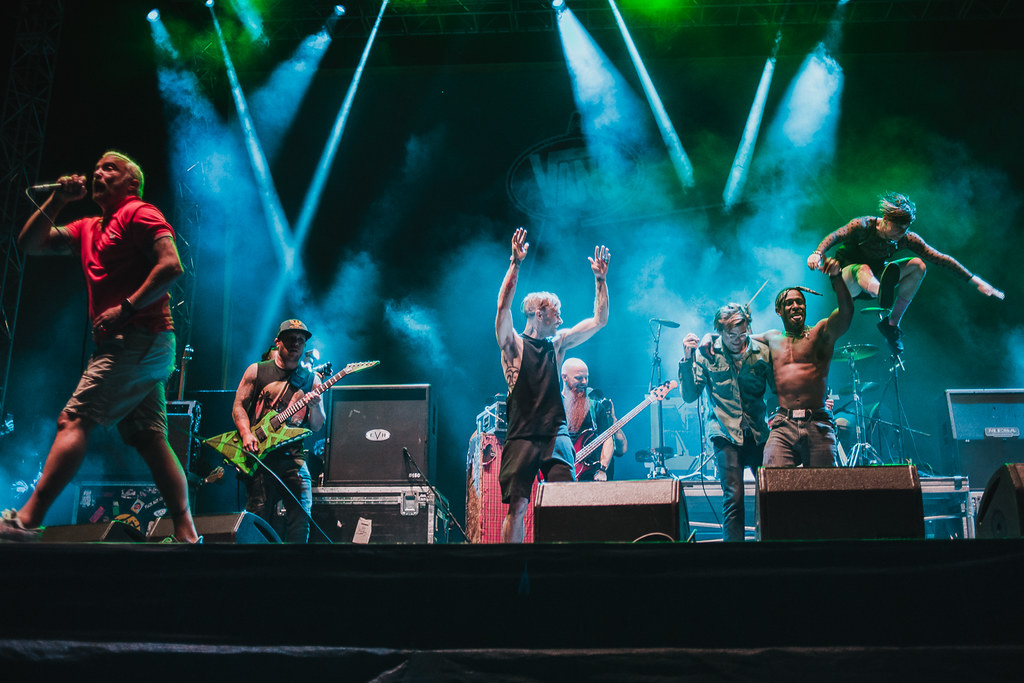 Members of The Starting Line, Thrice, Circa Survive, Atreyu, Sum 41, The All-American Rejects, and YUNGBLUD, as well as a couple fans, pulled together renditions of “Stickin In My Eye," “Linoleum," “Bob," and “The Brews" with the most infectious adrenaline. Finally, NOFX made a grand entrance by running onstage, joining the fun, and taking over from there. 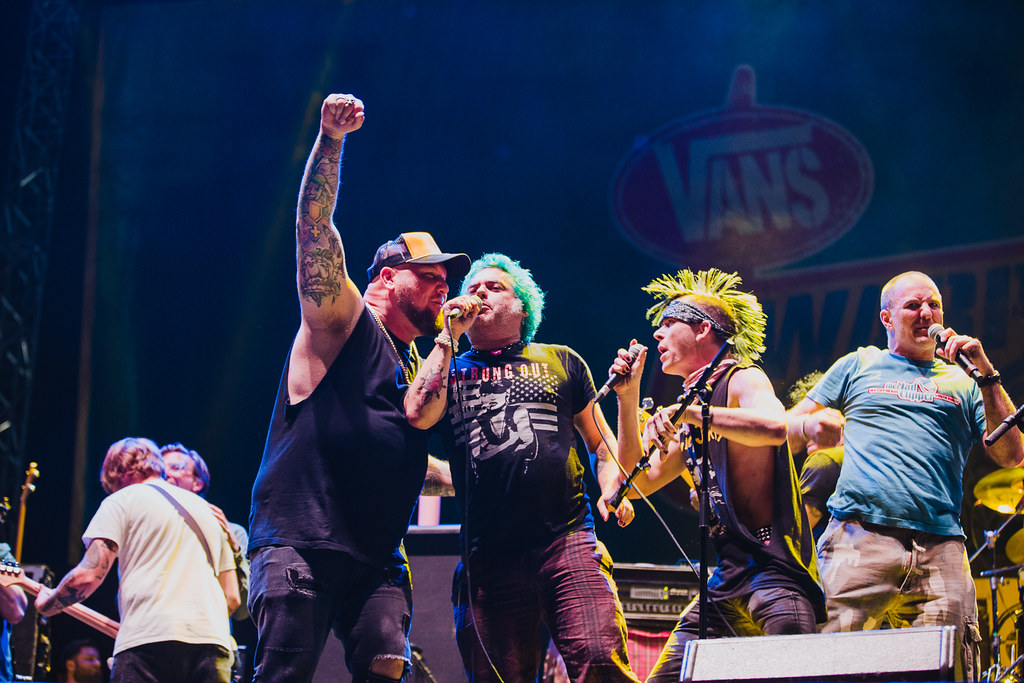 See more highlights from the final Warped Tour below, plus a word with some of the bands. 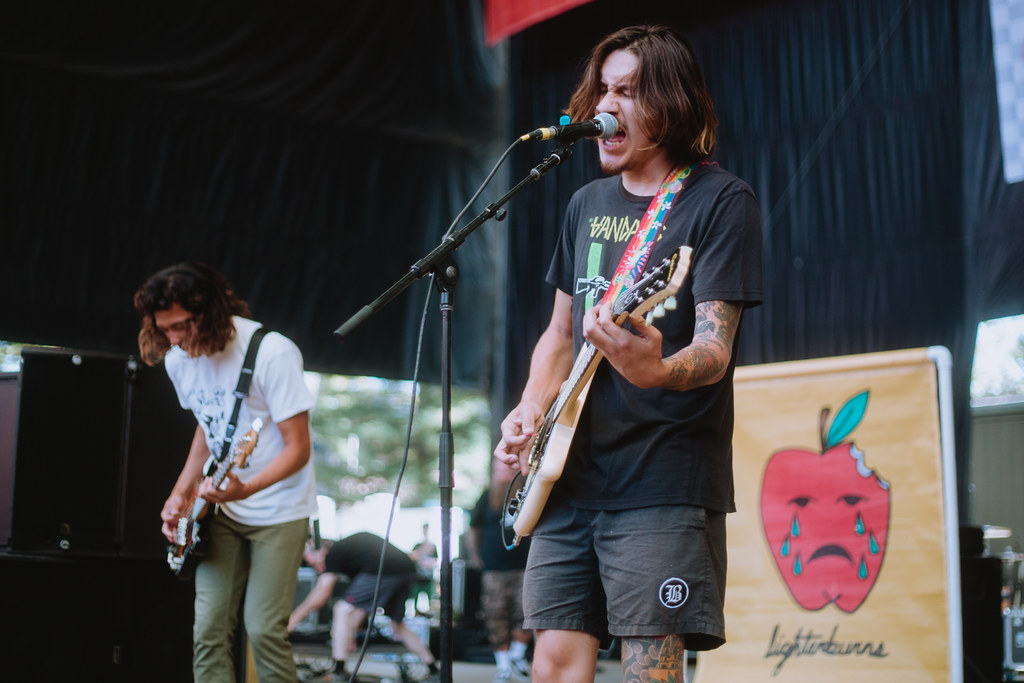 Up-and-coming quartet Lighterburns kicked off day one in Mountain View, CA with a set of gritty pop punk. 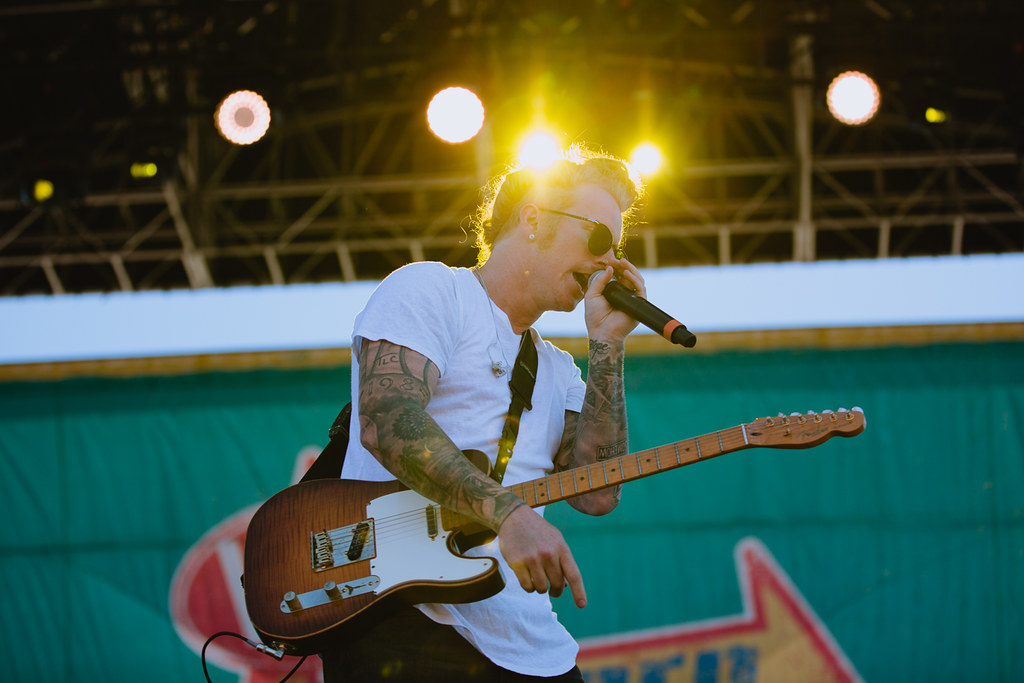 We The Kings took the VANS “OFF THE WALL" Stage early on in the day and brought out a selection of iconic pop punk cuts. 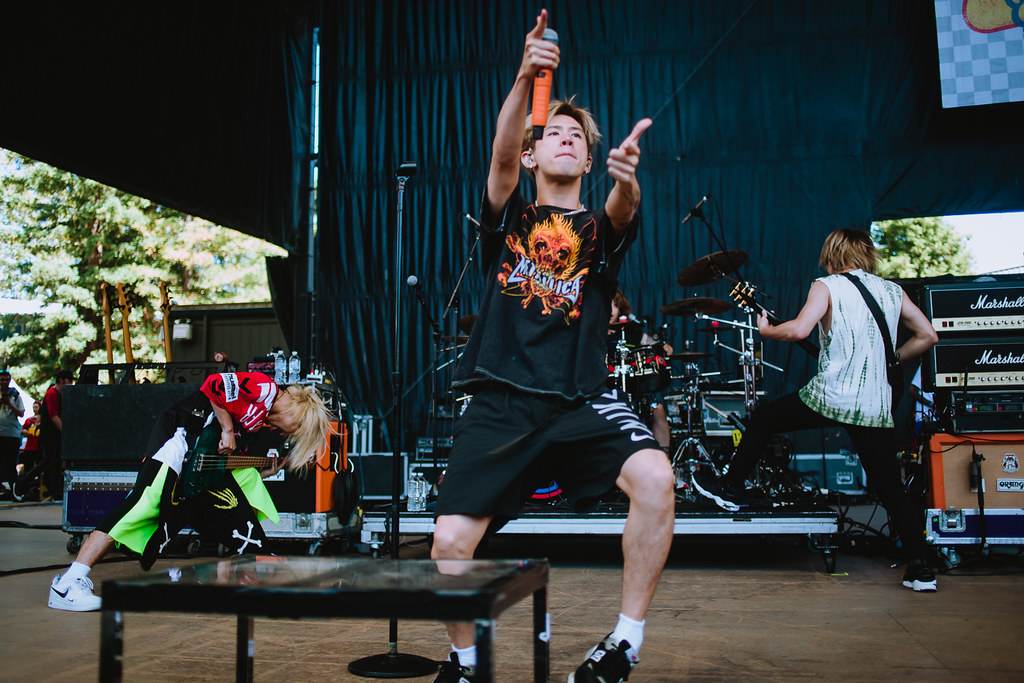 J-rock sensation ONE OK ROCK put on one of Full Sail Stage's most energized performances of the day.

Last.fm Q&A: What do you remember about ONE OK ROCK's first Warped Tour in 2014?

Taka Moriuchi: Everything was a new experience for us. We had never done this style of touring before. We played a show every day and we didn't know the showtime until the day of. The stages were different from the ones we were used to in Japan. It was tough, but we made some really good friends, like Tyler from Issues and friends from other bands too. Everything new was a good learning experience for me." 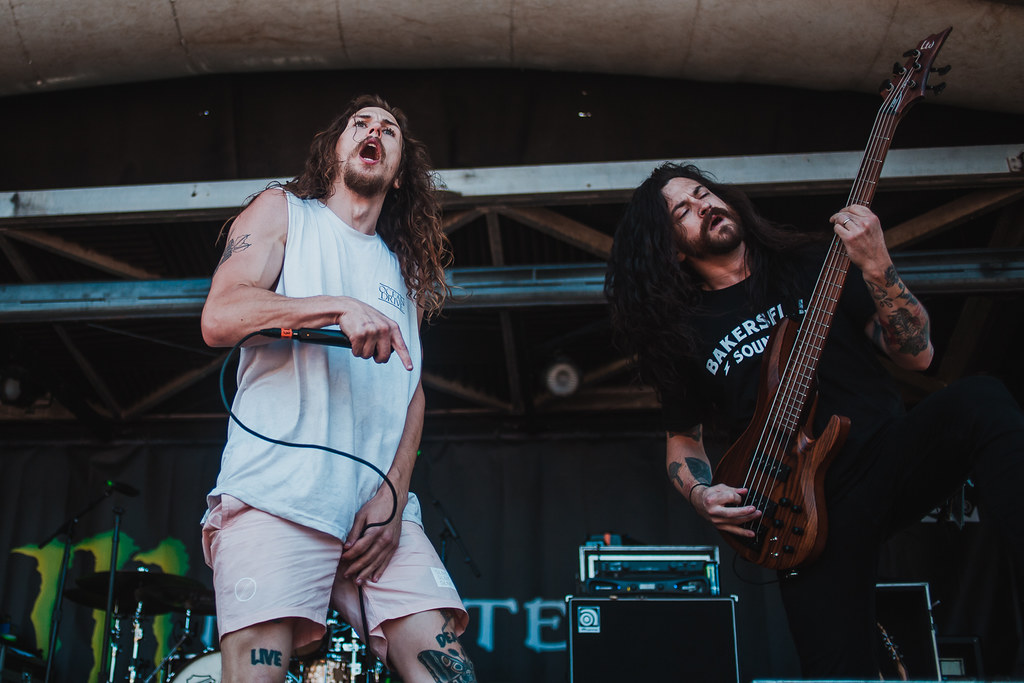 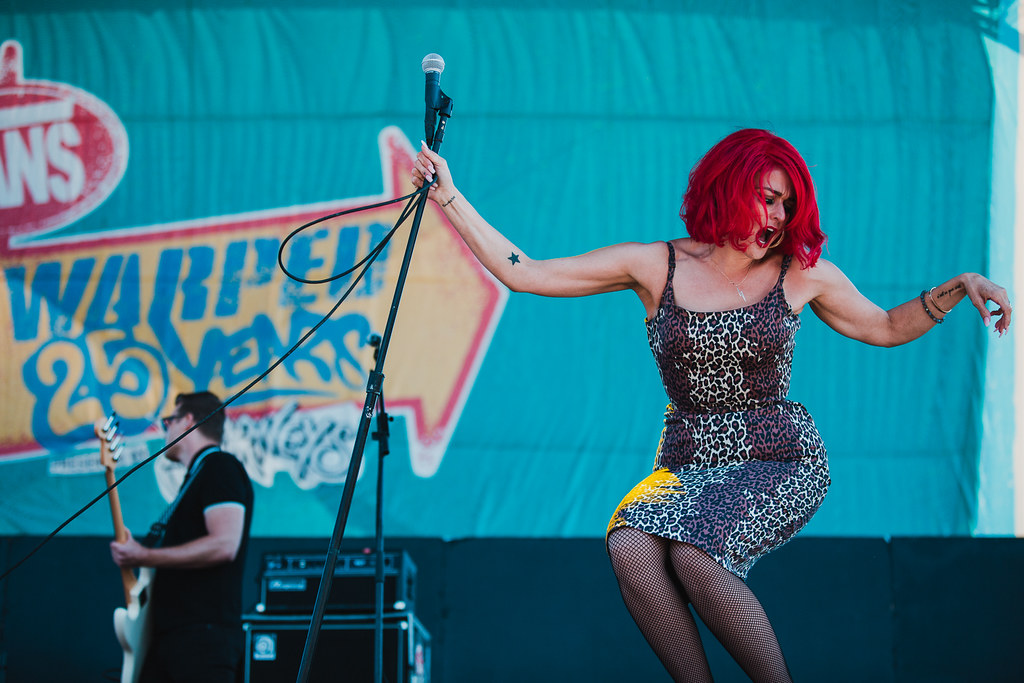 Save Ferris flaunted a fun and flirty fusion of ska and pop punk, performing songs like “Anything" and their famed cover of “Come On Eileen" by Dexy's Midnight Runners.


After eight years of pursuing their own projects, sister duo Meg & Dia reunited to play a highly anticipated set of songs from fan-favorite albums Something Real and Here, Here, and Here. 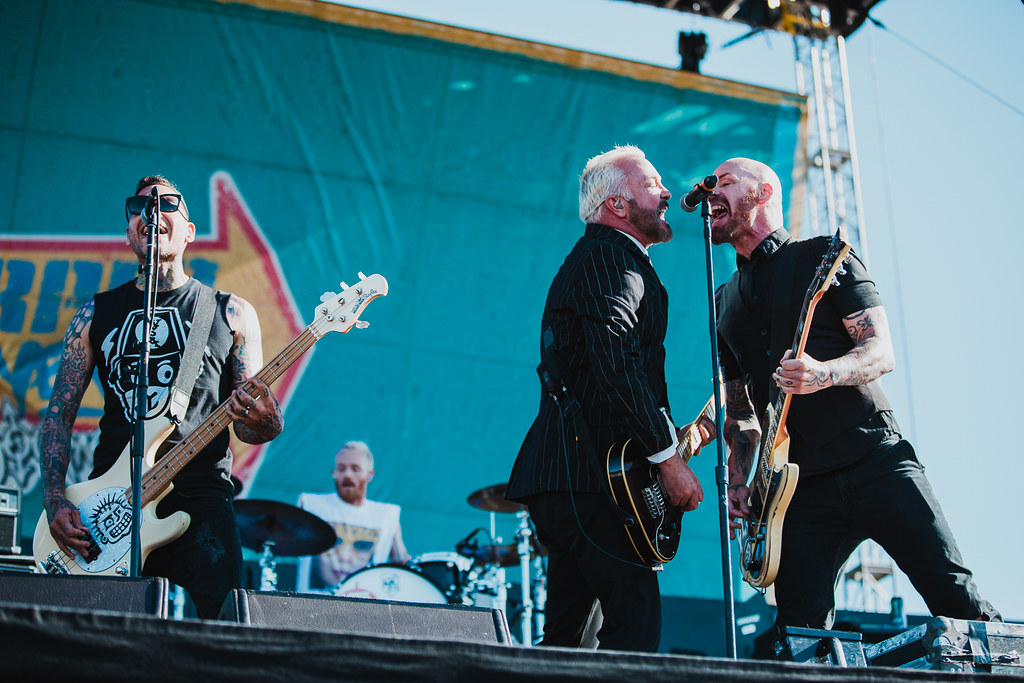 The ska-punk greats of Goldfinger played a thrilling set that included tongue-in-cheek covers of The Cure's “Just Like Heaven" and the Friends theme song. 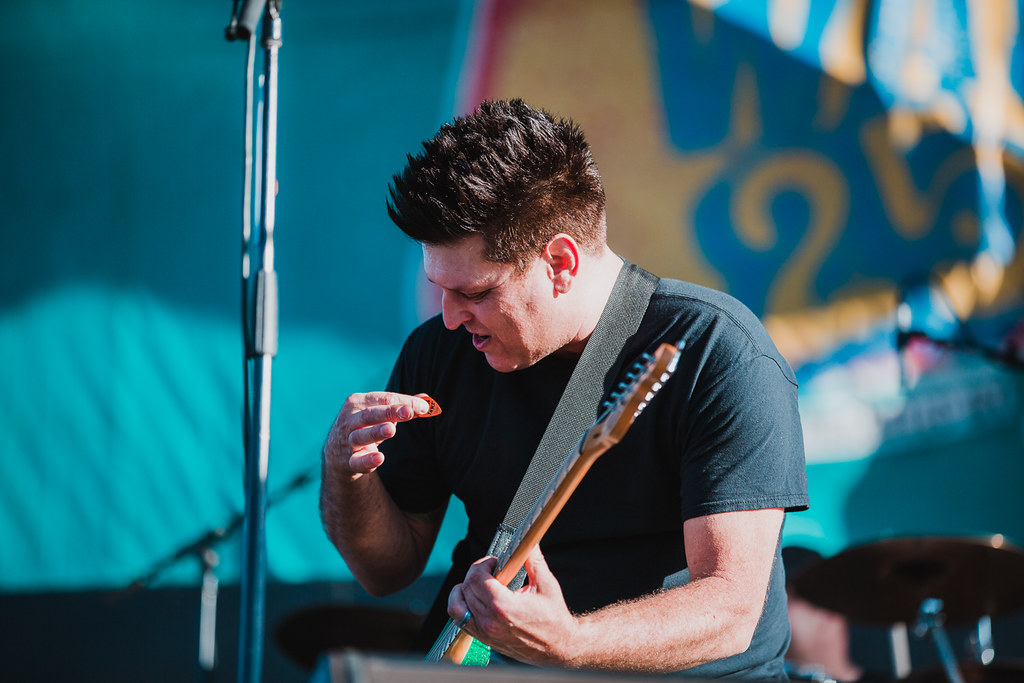 Fellow ska-punk luminaries Less Than Jake stormed the VANS “OFF THE WALL" Stage to play what they said was their 445th Warped Tour gig.


Simple Plan led mega crowd singalongs with pop punk classics like “I'm Just A Kid," “Addicted," and “Welcome To My Life." Lead singer Pierre Bouvier mentioned that “behind Less Than Jake, Simple Plan played the most Warped Tour shows" ever. 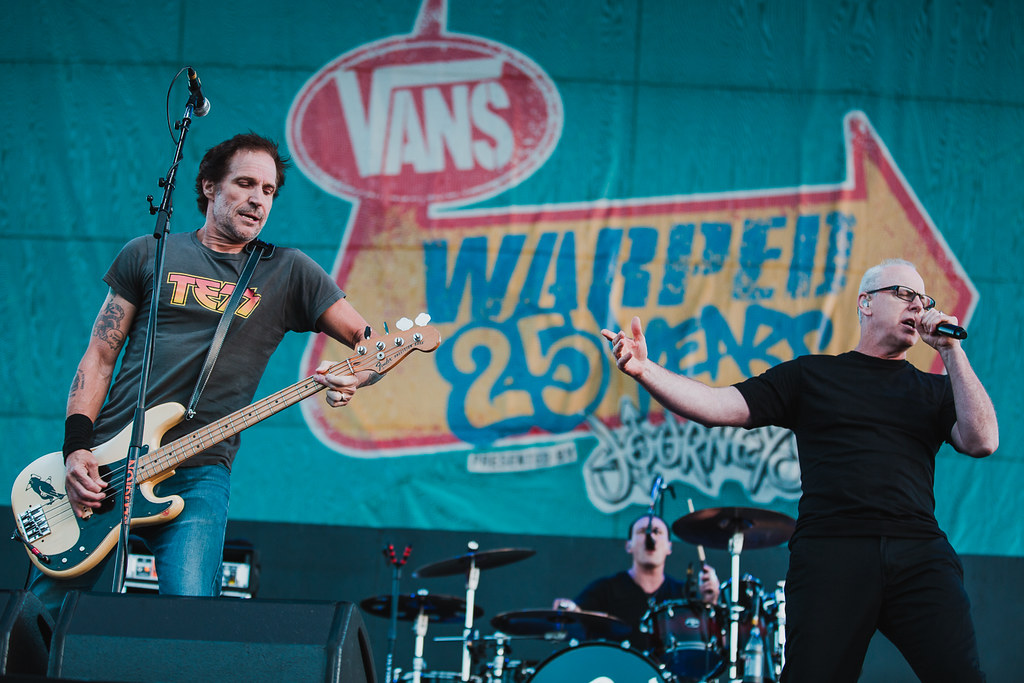 Punk veterans Bad Religion turned up the sonic destruction and introspective discourse with songs ranging from the recent “Chaos From Within" to popular single “Sorrow." 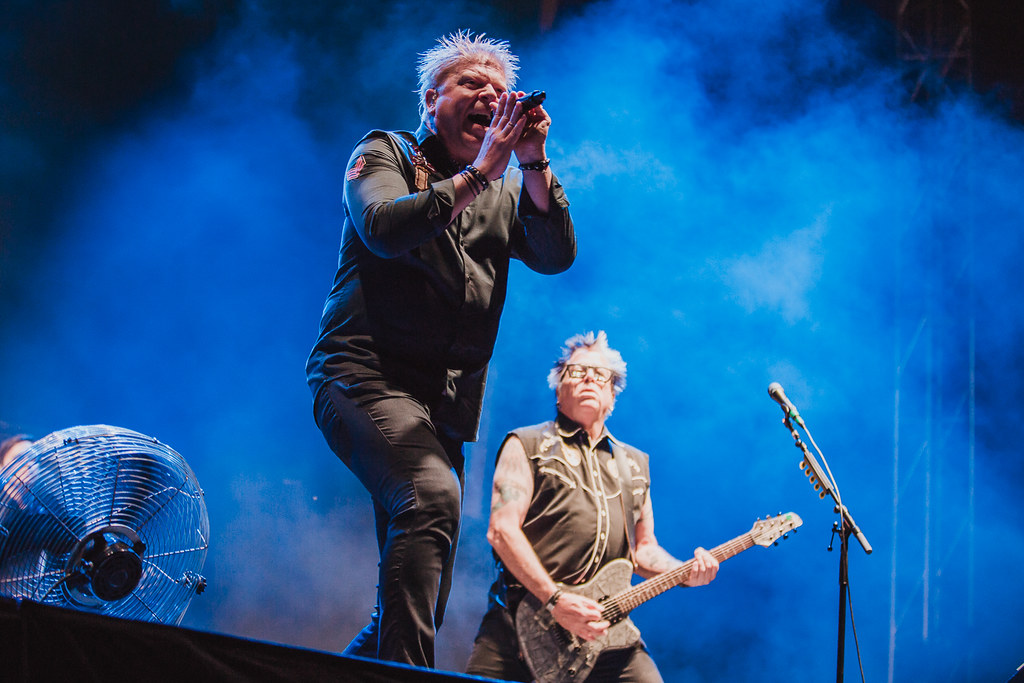 Playing the coveted closing spot for day one came naturally to The Offspring. They brought out punk banger after banger, including “Come Out And Play" and “You're Gonna Go Far Kid." 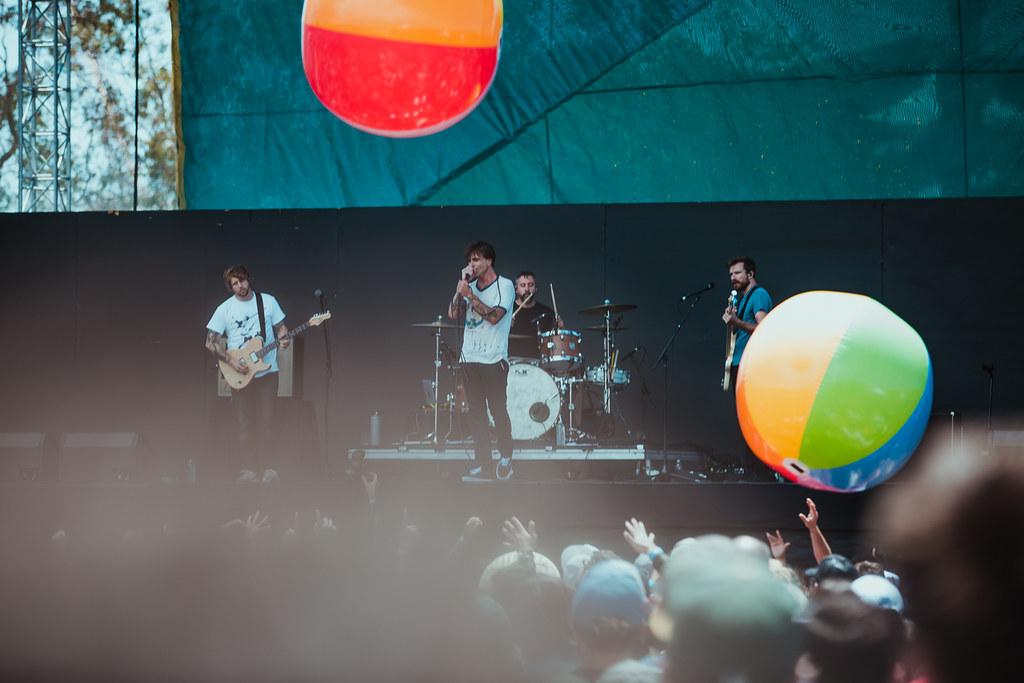 Opening day two, Circa Survive gave the audience no time to warm up, cutting straight to the glorious prog-rock action their live shows are known for. 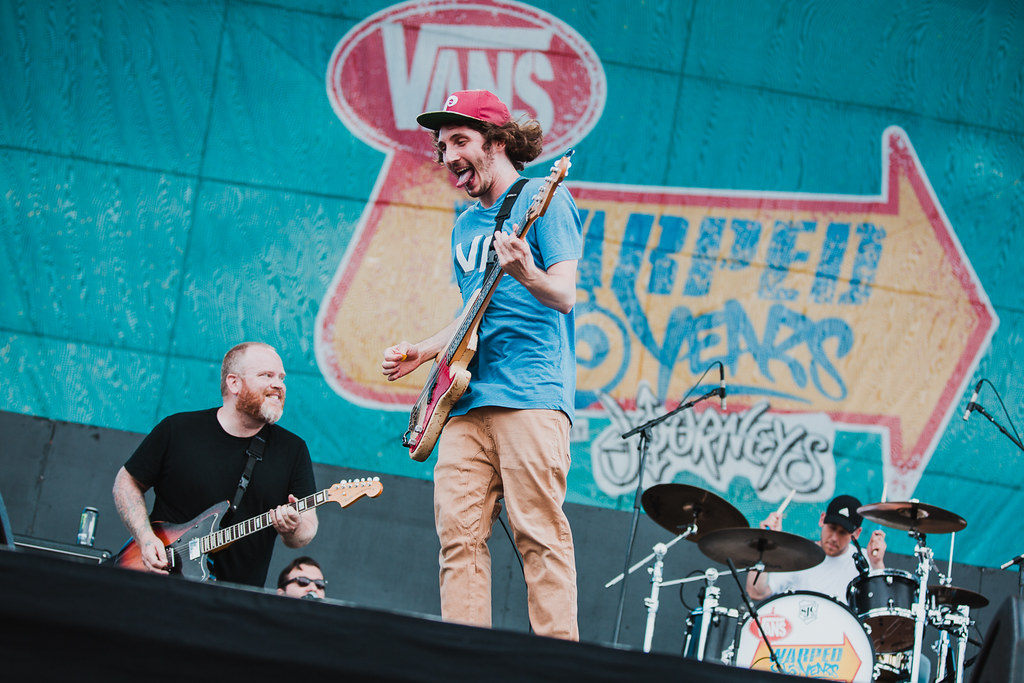 The Starting Line brought its iconic brand of East Coast pop punk with an infectiously high-spirited performance that included favorites like “Up And Go" and “The Best Of Me." 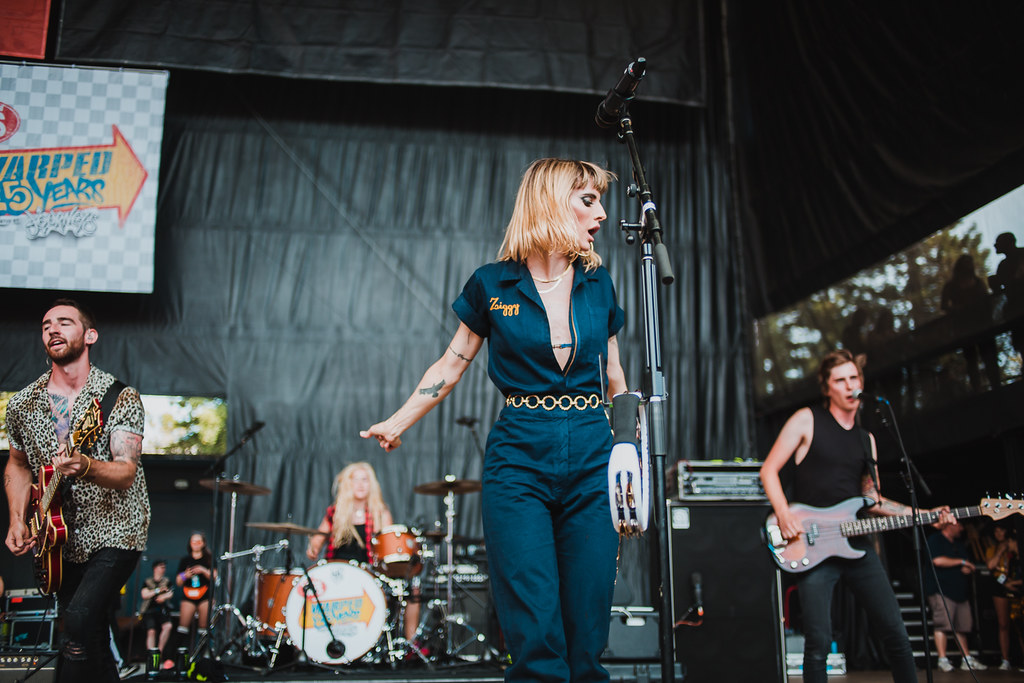 Fiery and fierce, Juliet Simms blew the Blackcraft Stage audience away with her powerhouse vocals and show-stopping stage presence. 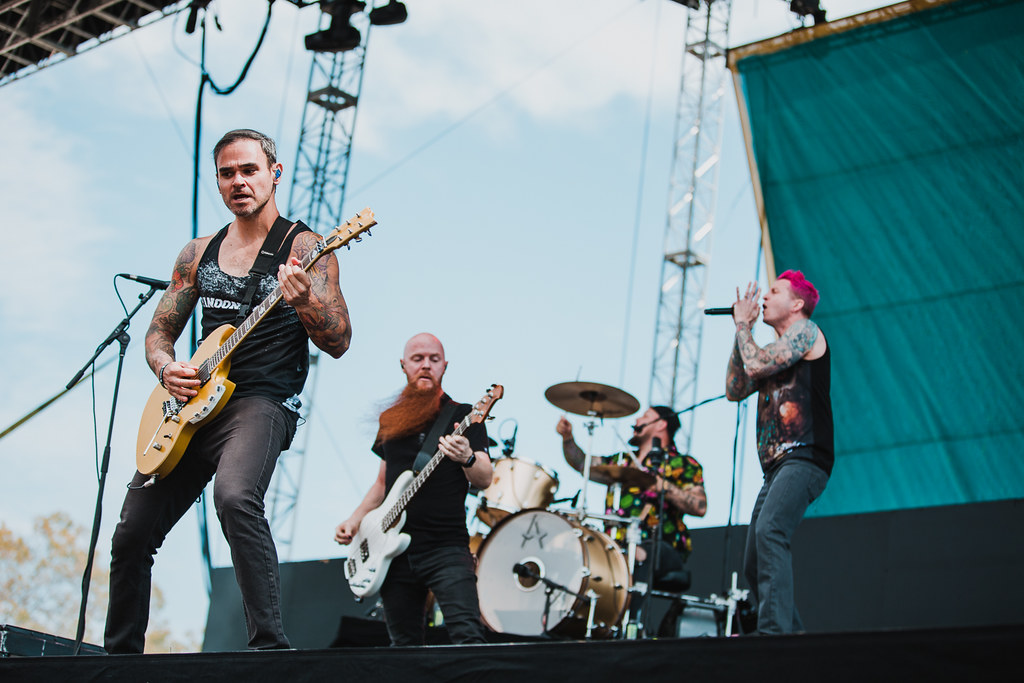 Masters of metalcore Atreyu took the VANS “OFF THE WALL" Stage with full intensity, breaking into roaring cuts like “The Time Is Now" and “Right Side Of The Bed." 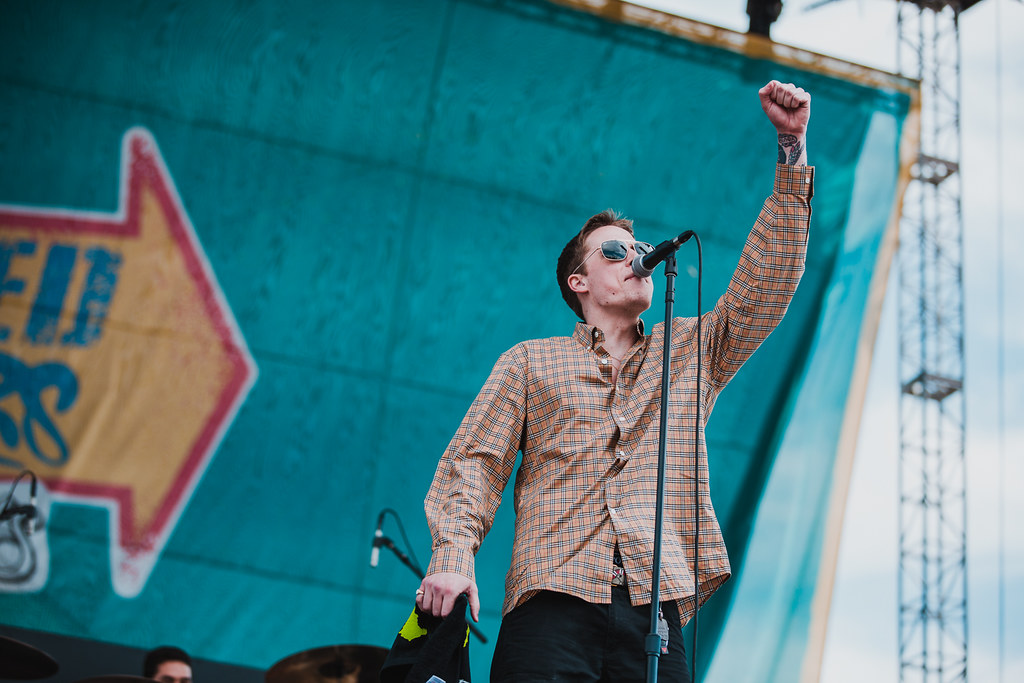 Representing the newest wave of Bay Area pop punk was The Story So Far, whose songs like “Quicksand" and “Proper Dose" sent fans soaring through the crowd and screaming lyrics word-for-word. 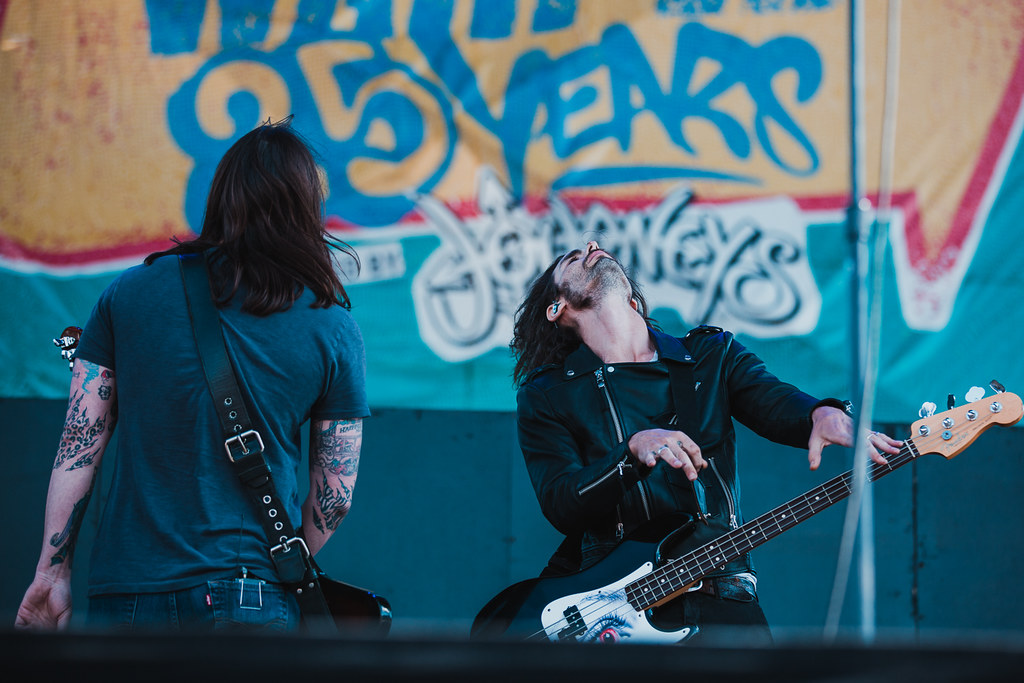 For The All-American Rejects, every song from debut single “Swing, Swing" to newly released track “Send Her To Heaven" was a hit with the crowd. The Oklahoma quartet bid adieu to Warped Tour with a fitting, but bittersweet choice: “The Last Song."

Last.fm Q&A: With this year's festival, that would make five Warped Tours under your belt.
Nick Wheeler: Yeah! Well, we've never done the whole thing, but one time we did do 19 shows in a row.
Mike Kennerty: I think it would technically be the whole thing if you combined all the days we've done over the years.
Tyson Ritter: Oh yeah—with everything, we've done a whole tour for sure. What are some things that you always associate with Warped now?
Wheeler: The line for catering and the quest to find a shower.

So it really is like a summer camp?
Wheeler: Yes! There's also the quest to find a bathroom. But the shows are always fun too!

Pop punk and Warped Tour veterans Sum 41 turned up the voltage and fog machines for their gloriously angst-driven set. 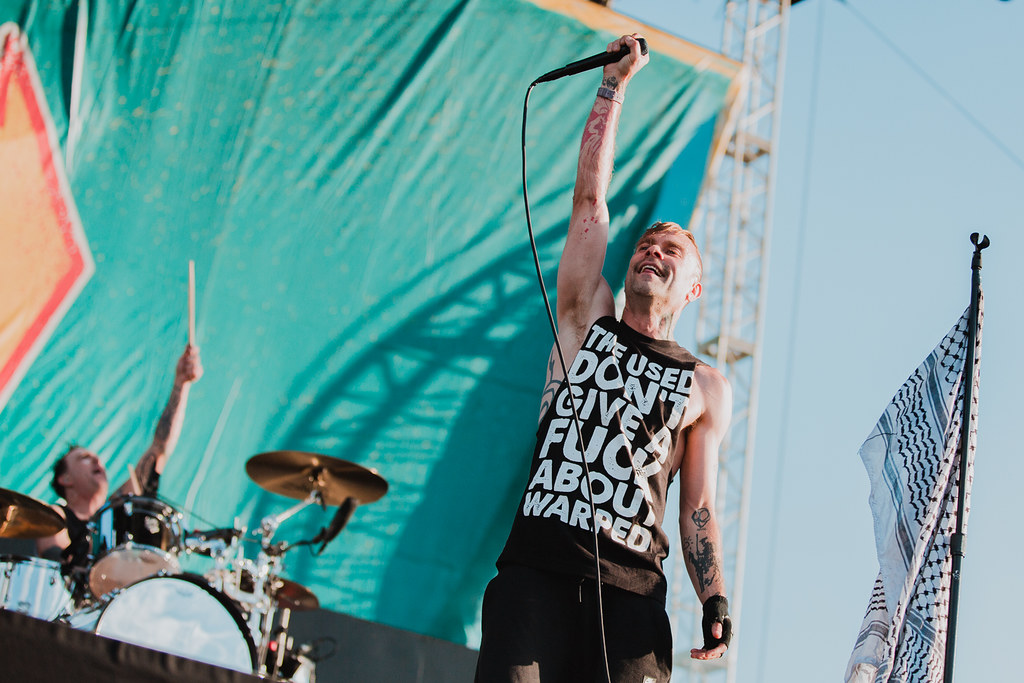 Despite the text on The Used frontman Bert McCracken's shirt, the quartet put on an exciting and engaging set that lived up to their reigning emo influence. 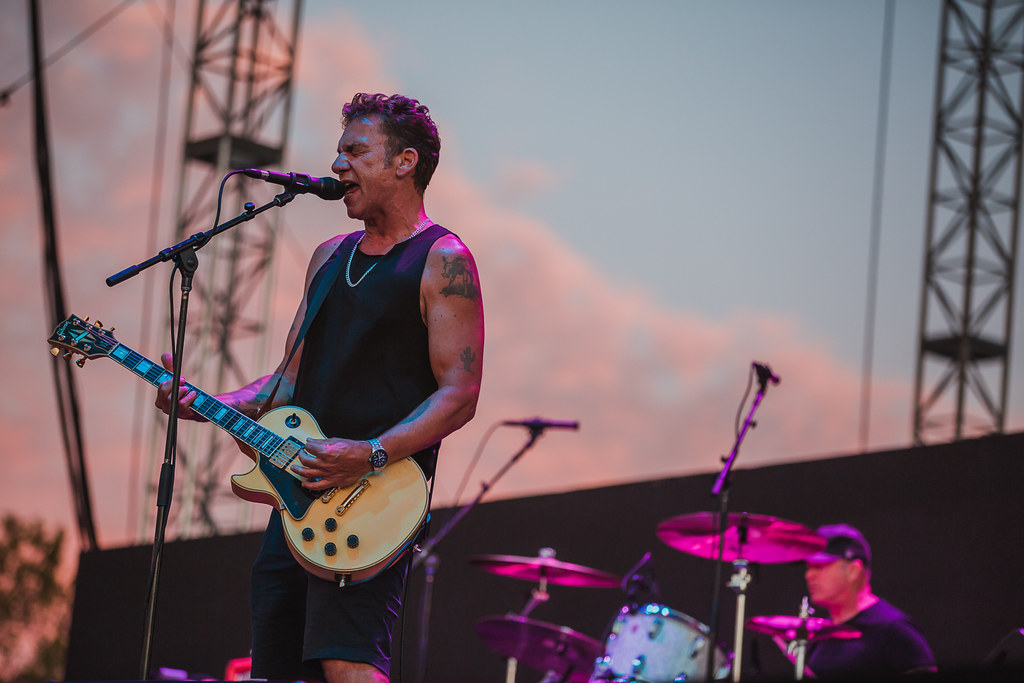 One of day two's final sets came from none other than '90s emo pioneers Jawbreaker. Making their Warped Tour debut, the trio's sludgy riffs and evident DIY roots fit in just right at the fest.